CBSE school in Jeddah will close soon, education of Indian students at stake

Studying abroad is something every Indian student wishes for. They not only get an exposure but also learn a lot in a foreign country.

Although there are institutes like Delhi University, Jamia Millia Islamia and Jawaharlal Nehru University in the country, many students prefer studying abroad.

But, what happens when these students have to fight a battle to save their institute from being destroyed?

Currently, around 11,000 students from India who study at the International Indian School Jeddah (IISJ), the CBSE affiliated school in Jeddah region of Saudi Arabia, are not sure whether they will complete their education in the institution or not.

What is the issue about?

Speaking to India Today Education, an official from the school, on request of anonymity, said that the school has received orders from a local court to vacate the land and that it will soon be closed. 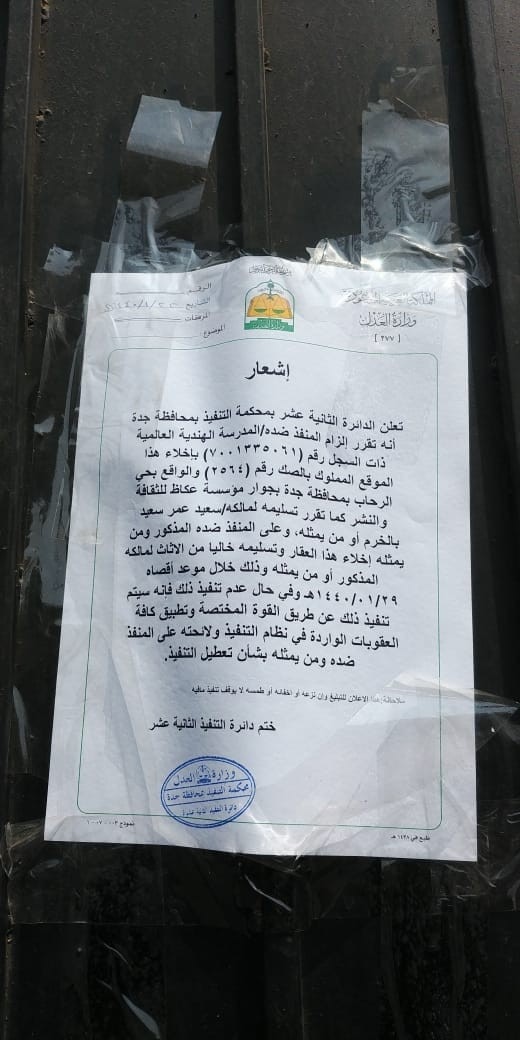 The school's main premises is in the Al-Rehab district which accommodates the Boys section. As per the legal notice, they have to vacate the land by October 9, 2018, says the school official.

Affecting classes, exams, and activities of the students

Because of this issue, the students' education is being affected in many ways which are as follows: 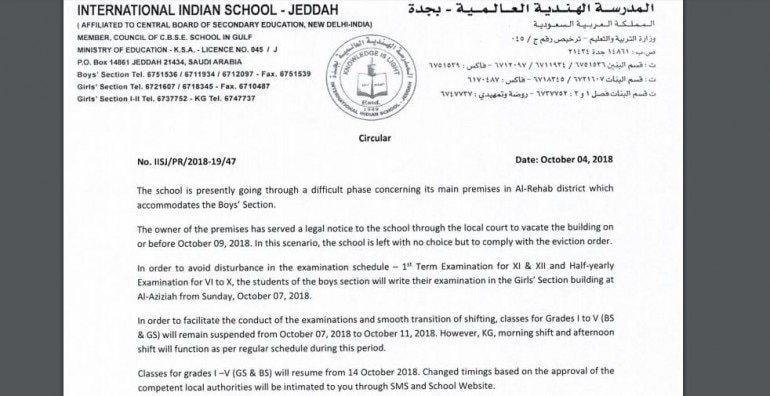 According to a circular released by the school on October 4, 2018, in order to avoid the disturbance in the exam scheduled for class 6 - class 10, the half-yearly examination of boys section is being conducted in girls' section building in Al-Aziziah building after October 7, 2018, including class 11 and 12 who are currently appearing for the first term examination.

Reason to vacate the building

The school has been going through a number of issues related to an agreement with the owner who is asking to vacate the building.

Currently, the owner has been demanding the new lease agreement with an exorbitant annual rent amount which the school cannot afford, mentioned a statement released by the school.

Due to this, the school has received an eviction order from the local court. According to the school authority, the owner of the premises has won the case against the school, forcing it to shut down.

A student of Class 12, who is also the head boy of IISJ, expressed his feelings towards the school. Here's what he shared:

"Disappointed, shattered, frustrated, heartbroken. These words might describe our situation a little. IISJ has been a home to us as long as we remember. Every single place, every single spot have memories attached to it," the head boy said.

"All great things that we got from this school have come to an end. But, we didn't imagine that the end would be so sudden, so heartbreaking...." he further added.

"There is an undying hope, that one day, IISJ will be back to its place again. One day, we can revisit the place we spent our childhood," he expressed.

Indian government should intervene and see if they could help us in this case, says Daud Arif, an ex-head boy of the school.

"It is extremely disturbing to learn that the school has to be vacated, it has been touching the lives of thousands of Indian students in Jeddah," Daud Arif told India Today Education.

"The Indian government should intervene and see if they could help us in this case. Over 10,000 kids and their families are eyeing on Sushma Ji (Sushwa Swaraj, Minister of External Affairs of India) for help," he said.

The students of the school are sharing their concerns on Twitter with #IISJ asking the Indian Government to help them.